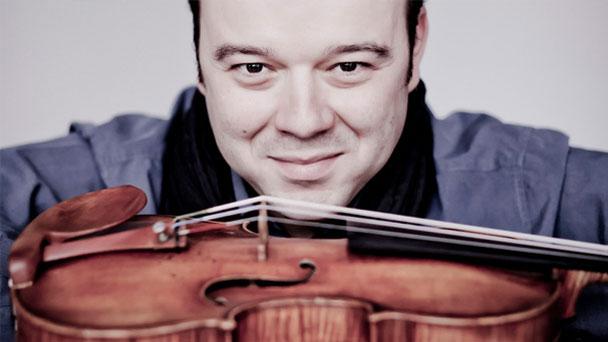 Superstar violinist VADIM GLUZMAN returns to play the concerto that is his signature—Tchaikovsky! Including Tchaikovsky’s Symphony No. 2, this all-Russian program will close the season in a blaze of energy!

The 2014-15 Season marks Mr. Gluzman’s first appearances with the Berlin Philharmonic and Cleveland Orchestra, performing Prokofiev’s 2nd Violin Concerto under Tugan Sokhiev, as well as with the Orchestre National de France, Netherlands Philharmonic and Orchestre National de Belgique. He will perform with the Dresden and Seoul Philharmonic Orchestras, the Bournemouth Symphony, Orquesta Sinfónica de Minería in Mexico City, and the Royal Scottish National Orchestra at the Edinburgh Festival, among others, and appear in recital in Paris, Geneva, St. Petersburg and Hamburg. Gluzman will also lead performances with the Moscow Virtuosi, Dresden Philharmonic Chamber Orchestra, and I Musici de Montreal, and will continue his collaboration with the ProMusica Chamber Orchestra in Columbus, Ohio, as Creative Partner and Principal Guest Artist.

Mr. Gluzman has given live and recorded premieres of works by composers such as Giya Kancheli, Peteris Vasks, Lera Auerbach and Sofia Gubaidulina. In recent seasons, he has given the UK premieres of Michael Daugherty’s Fire and Blood concerto with the London Symphony Orchestra under Kristjan Järvi; and of Balys Dvarionas’s Violin Concerto with the BBC Symphony Orchestra conducted by Thomas Søndergard. Mr. Gluzman’s latest CD features Sergey Prokofiev’s Sonatas No. 1 and 2 as well as three transcriptions
from Romeo and Juliet. Accolades for his extensive discography under the exclusive contract with BIS Records include the Diapason d’Or of the Year, Gramophone’s Editor’s Choice, Classica Magazine’s esteemed Choc de Classica award, and Disc of the Month by The Strad, BBC Music Magazine, ClassicFM, and others.

Born in the former Soviet Union in 1973, Gluzman spent most of his childhood in Riga, Latvia, and was an early student of violinist Zakhar Bron in Russia. In 1990 he moved to Israel where he was mentored by Issac Stern and later to the United States where he worked with Arkady Fomin and Dorothy DeLay. He divides his residency between Chicago and Tel Aviv. Vadim Gluzman plays the extraordinary 1690 ‘ex-Leopold Auer’ Stradivari, on extended loan to him through the generosity of the Stradivari Society of Chicago.  www.vadimgluzman.com