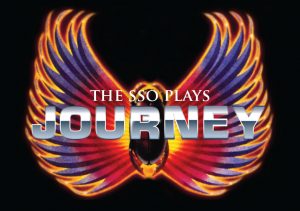 Rock the RiverView with the SSO and the best-loved hits
from one of the greatest rock bands of all time!

This event can be purchased as an add-on to the 8-concert subscription series and as part of a Create-Your-Own package. Special event pricing applies.

Berklee-trained arranger/conductor Brent Havens has written music for orchestras, feature films and virtually every kind of television. His TV work includes movies for networks such as ABC, CBS and ABC Family Channel Network, commercials, sports music for networks such as ESPN and even cartoons. Havens has also worked with the Doobie Brothers and the Milwaukee Symphony, arranging and conducting the combined group for Harley Davidson’s 100th Anniversary Birthday Party Finale attended by over 150,000 fans. He has worked with some of the world's greatest orchestras including the Royal Philharmonic in London, Cincinnati Symphony Orchestra, Minnesota Orchestra, Pittsburgh Symphony, Indianapolis Symphony Orchestra, Houston Symphony, Atlanta Symphony, Baltimore Symphony, Dallas Symphony, Fort Worth Symphony, Nashville Symphony, Buffalo Philharmonic and countless others. Havens has conducted the Malaysian Philharmonic the past four years with Windborne's Music of Michael Jackson, Led Zeppelin, Queen and Music of U2 shows.

His first professional gigs were at piano bars in several U.S. cities, where he learned to charm audiences and expand his musical repertoire. With a longing to perform the music of the many rock bands that inspired him, Brody assembled Yellow Brick Road, unquestionably Las Vegas' most successful classic rock band. Since 1997, YBR has been reshaping the casino entertainment scene by bringing a rock concert atmosphere to showrooms previously reserved for Top-40-style lounge acts. Along the way, Brody has made numerous radio and TV appearances, and earned a spot in the finals of two national singing competitions, and even self-produced several large rock production-style shows utilizing multimedia, lasers, comedy and special effects.

In 2007, Brody lent his vocal talents by singing several tracks on the mega-hit video game Guitar Hero III: Legends of Rock, and has already done several more for the new Konami game Rock Revolution. Brody joined Windborne Music in 2009 as vocalist for the Music of Queen show, but has proven to be versatile enough to become the lead on our Rolling Stones, The Who, U2, Journey, and Elton John shows (and is an on-call stand-in for several others including Led Zeppelin and Pink Floyd).

As a devout classic rock fan, Brody's enthusiasm, vocal ability and on-stage energy were the perfect fit Windborne Music's Symphony shows, and continue to win over audiences around the globe.