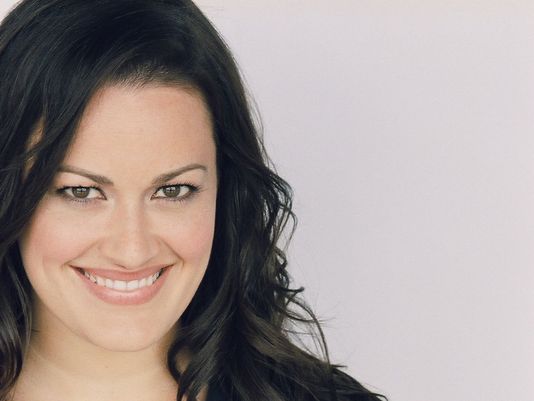 Straight from Broadway, where she triumphed in the title role in Mary Poppins and played Belle in Beauty and the Beast, Ashley Brown has it all.

“The most versatile and noteworthy young talent on the Broadway stages.”
~Showbiz Chicago

Ashley Brown originated the title role in “Mary Poppins” on Broadway for which she received Outer Critics, Drama League and Drama Desk nominations for Best Actress. Ms. Brown also starred as Mary Poppins in the national tour of Mary Poppins where she garnered a 2010 Garland award for “Best Performance in a Musical.” Ms. Brown’s other Broadway credits include Belle in “The Beauty and The Beast,” and she has starred in the national tour of Disney’s “On The Record.” Ashley recently returned to the Lyric Opera of Chicago to star in the role of Laurey in “Oklahoma.” She previously played Magnolia opposite Nathan Gunn in Francesca Zambello’s “Showboat” at the Lyric Opera of Chicago.

Ashley made her solo concert debut at The Kennedy Center as part of Barbara Cook’s Spotlight Series, and has appeared in New York City at prestigious venues including Feinstein’s at the Regency and Birdland. Other projects include a star turn at the La Jolla Playhouse in a production of “Limelight,” “Sound of Music” at the St. Louis MUNY, which garnered her a Kevin Kline award, and her own PBS special called “Ashley Brown: Call Me Irresponsible,” which received a PBS Telly Award. Ms. Brown’s long-awaited album of Broadway and American Songbook standards is available on Ghostlight/Sony. Ashley is a graduate of the Cincinnati Conservatory of Music. www.ashleybrownonline.com