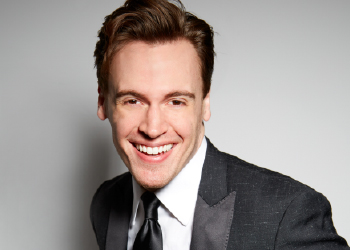 THE HOLLYWOOD SONGBOOK:
Songs from the Big & Small Screen

Erich Bergen, who stars as Blake on CBS’s hit show Madam Secretary, makes his solo symphony debut with the Shreveport Symphony, as he takes you on a tour of music from films and television from MGM to today!

Erich, also known for his critically-acclaimed portrayal of Bob Gaudio in the musical film Jersey Boys, promises an electrifying evening of songs you know and love, and hilarious stories from his screen-and-stage career. Featuring music by Billy Joel, Barry Manilow, Michael Jackson, Frank Sinatra and many more.

Of Erich’s past concert performances, the Los Angeles Times said “His charisma feeds off the spotlight…with his lanky good looks and vibrant intensity…” and BroadwayWorld.com said, “Taking the stage with the gusto akin to a tornado or blazing brushfire, this young dynamo captivated the packed house from the moment he opened his mouth.”

Erich Bergen currently stars as Blake Moran on the hit CBS television drama, Madam Secretary. Currently in its fourth season, the show is broadcast all over the world with past seasons available for streaming on Netflix. Erich is also known for his critically-acclaimed performance as Bob Gaudio in the Clint Eastwood-directed musical film, Jersey Boys, reprising his performance from the Tony Award winning stage production. Other screen credits include Gossip Girl, Desperate Housewives, and Person Of Interest and the upcoming film Humor Me opposite Elliot Gould.

As a singer and musician, Erich can be performing in concert with all over the world with everything from a three-piece jazz combo to a 40-piece symphony. His albums are available on iTunes, Amazon, Spotify and all other digital music/streaming outlets. Follow Erich on Instagram/Twitter: @erichbergen.